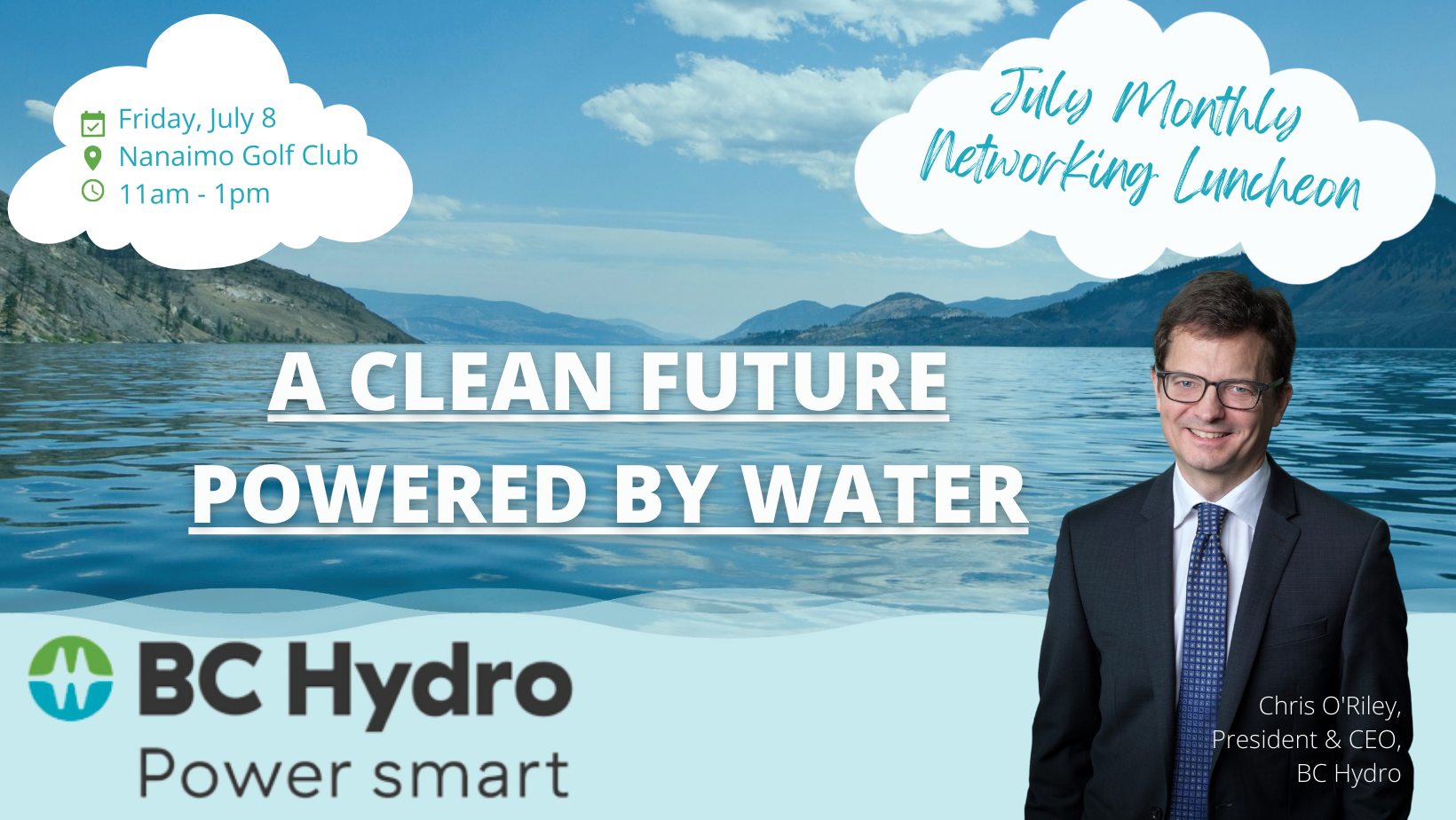 Join Chris O’Riley, President and CEO of BC Hydro, B.C.’s largest Crown corporation, for an overview of their plan to electrify the province. With a global focus on climate change and the electrification of more devices, homes, vehicles and industries, find out how BC Hydro is helping their customers—both current and future—make the switch from fossil fuels to clean water power to limit their own impact on climate change.
By powering the homes, vehicles and businesses of the future, you will discover how BC Hydro is instrumental in building a clean economy in B.C.
Learn how climate change is impacting the future of utilities, and by extension, the businesses that rely on them, and how BC Hydro is shaping the market for electrification through their Electrification Plan and the Site C Clean Energy Project.
BC Hydro is providing solutions in the form of incentives, tools and business-to-business support to help their customers choose water power over fossil fuels to run their homes and businesses. They’re also helping industries shift their operations to higher efficiency, clean electricity and are looking to bring new industries to B.C. that want clean power to run their businesses.

Chris O’Riley—President and Chief Executive Officer, BC Hydro
Chris O’Riley leads BC Hydro, B.C.’s largest Crown corporation and the fourth largest company in the province as ranked by annual revenue. With a clean energy advantage thanks to a long history of hydroelectric generation, BC Hydro delivers 98% clean, renewable electricity to its 4 million customers.
To ensure a reliable supply of this critical product, BC Hydro is spending approximately $2 billion per year over the next 10 years to refurbish and expand its electricity assets. With construction of the Site C Project currently underway, BC Hydro continues to seek opportunities to support clean energy development in B.C., such as through low-carbon electrification.

Chris is a Professional Engineer in electrical engineering and holds a Master's degree in Business Administration from the Ivey School of Business at the University of Western Ontario. During his 31-year career with BC Hydro, Chris has held positions throughout the organization and across the province, including working with customers, leading operations, overseeing capital projects, and managing risk for BC Hydro's trading subsidiary, Powerex. Chris has been a member of the Executive Team since 2007 and served as Deputy Chief Executive Officer before assuming his role as CEO in 2017.

Chris’s teams work cross-functionally to plan, build, and operate BC Hydro’s system of 30 hydroelectric plants, over 300 substations, and about 80,000 km of transmission and distributions lines to ensure British Columbians get the most benefit from their publicly owned system.
BC Hydro: Monthly Networking Luncheon
Register

Google Yahoo iCal (Outlook, Apple, or other)
Scroll to top